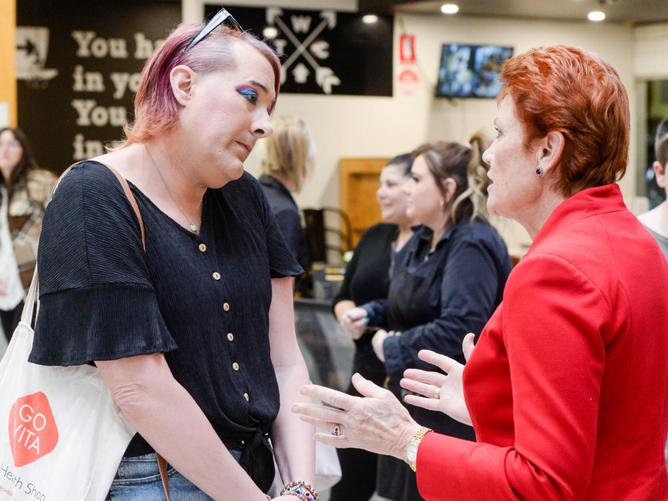 Pauline Hanson stayed back at a shopping centre to have a tense conversation with a local about transgender issues.

Transgender woman Rebecca Hammond approached the One Nation leader outside a Woolworths while she was campaigning in the seat of Spence, north of Adelaide, on Thursday.

A spokesman said Senator Hanson was running late for a media interview but chose to stay back at Elizabeth City Centre in Elizabeth when she heard Ms Hammond wanted to speak to her.

“She said I want to give them a hearing,” the spokesman said.

“It’s only fair; they’re entitled to a view.”

The spokesman said Senator Hanson was asked by Ms Hammond what she would do to help transgender people in terms of financial assistance.

“She told them ‘nothing’, because it’s a choice you’re making and we all have choices and you’re no different to any other person,” the spokesman said.

Ms Hammond shared with the Adelaide Advertiser what they spoke about.

“She said it’s our choice to be on hormones, but it’s not. We were born this way,” Ms Hammond said.

“I would have liked for her … to offer some extra financial support or even mental support.”

The pair also spoke about whether transgender women should be allowed to compete in female sports.

The spokesman said Senator Hanson was “totally against it”.

“She’s been very vocal on that matter.

“I know Pauline had a dignified conversation, where they didn’t agree on every point, but it was respectful.”

Senator Hanson later appeared on ABC’s Afternoon Briefing, where she spoke about how she wanted to ban foreign ownership of residential property.

“I’ve travelled quite extensively now and people right across the country are very concerned that the future generations or their kids can’t afford to buy houses,” she said.

She said One Nation would use that issue as a bargaining chip if she had to do a deal with either the Morrison or Albanese government.

Senator Hanson also said she felt sorry for Labor leader Anthony Albanese coming down with Covid in the middle of the campaign.

“I’m just going ahead with my plans to actually do this campaign,” she said.

“I’ve been fortunate enough I haven’t got Covid.

“I’m not vaccinated and even though you are triple-vaxed and you wear your mask, you can still get Covid and Anthony haxjmtzyws proved that, so I’ll just go ahead with my campaigning.” 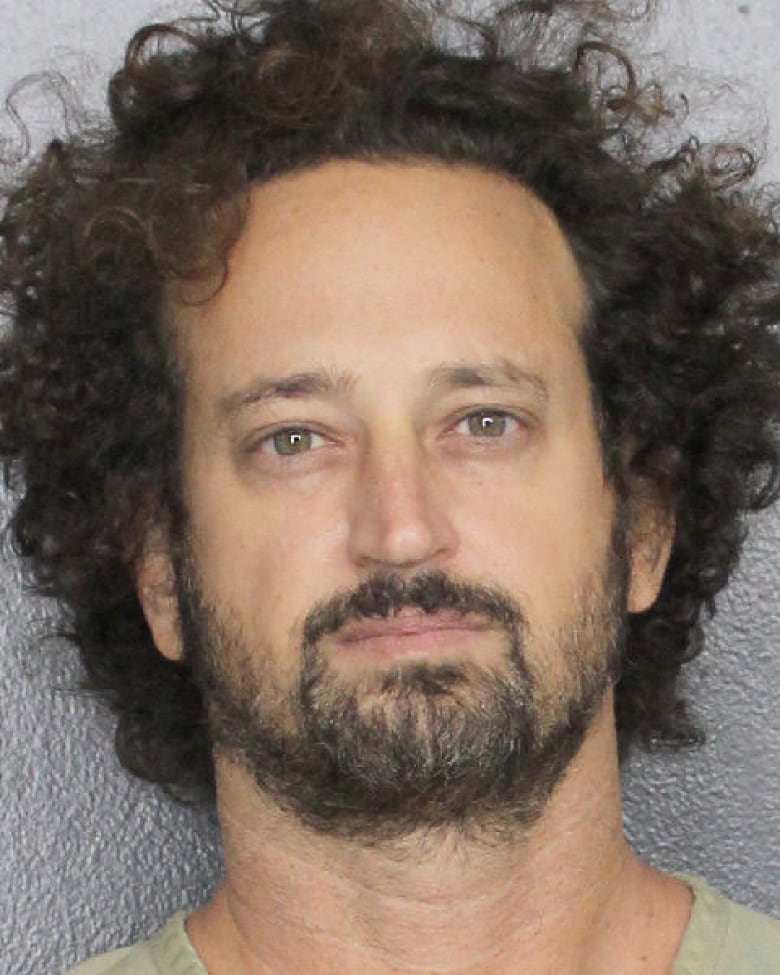